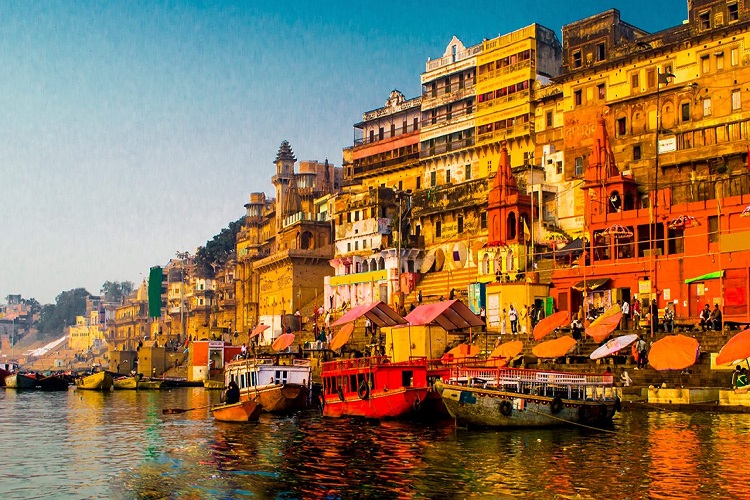 Varanasi, the oldest city in the universe

The incredible Varanasi is a world apart, located on the banks of the Ganges River. It is a dare for reason, for the comprehension and for the morbid. It is chaos, spirituality and karma. It is a unique, unbridled and picturesque city. Perhaps that is why he earned the reputation of being the city that Shiva created for him.

For Hinduism, it is the oldest city in the universe. For travel guides, an inevitable stop on any itinerary in India.

It is one of the 7 cities to practice Hinduism and for centuries it receives thousands of souls a day. From many parts of the world they are received in this beautiful place for the sacred bath in the Ganges and thus clear their karma, Varanasi is a colorful and spiritual city. In their different places we can find various people with their stalls, flower offerings, clothes, cows, cha stalls and western restaurants for being part of a religious place, there are several foods that are prohibited. Nor will you be surprised to get lost again and again among the labyrinthine streets of the ancient city.

Let yourself be infected by mysticism. Do not judge; do not seek to understand the unintelligible life cycle. Take a deep breath and Namaste

What to do and see in Varanasi?

I will make a short list about my favorite hotels in Varanasi, I hope you will take them into account and they are the following:

Although Varanasi stands out apart from its fabrics it is in the good season of its meals and the following restaurants are not far behind:

How to get to Varanasi and know how to move

Varanasi is a wonderful city that is located on the banks of the Ganges River in the state of Uttar Pradesh India, 320 kilometers southwest of the state capital, Lucknow, and 121 kilometers east of Allahabad. There are several ways to get there by train, bus and plane.

But how to know how to move around Varanasi?

Visiting Beach Bars in Patong – What You Need to Know